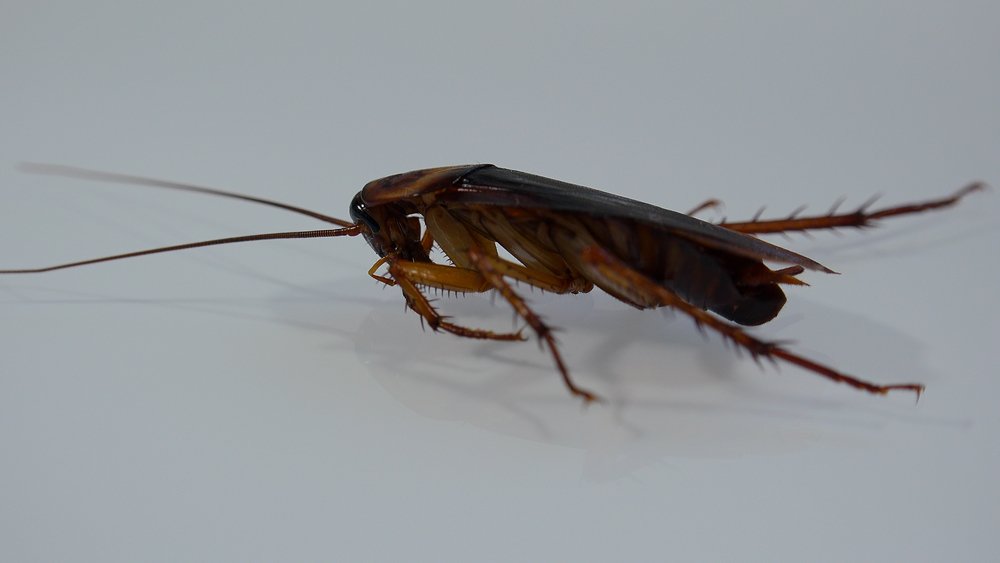 There’s nothing more unpleasant than a cockroach infestation. Cockroaches are creepy, pesky, persistent, and all-around bad to have in the house. While we all know that cockroaches are creepy, you might not know that there are different types of cockroaches. Being able to tell the difference between different cockroaches can help you work to eliminate them faster, preventing your home from becoming further infested with the pesky creatures that carry diseases and cause other health issues for humans.

In North America, you are most likely to come upon German and American cockroaches in your home. Both are commonly found in residential structures, but have very different characteristics and look different than one another. When dealing with a pest problem, it’s important to properly identify the type of cockroach you’re dealing with in order to determine the best method for pest management. Below, we’ve detailed the differences between German and American cockroaches so that you will be able to identify them for yourself and so you can get the correct quote from an exterminator for your home.

To an untrained eye, German and American cockroaches may look the same, but with a little background knowledge and an up-close look, you’ll be able to differentiate between the two in no time.

American cockroaches are reddish brown in color, with a yellow edge on their pronotum. The pronotum is the middle section of a cockroach, between their head and wings, covering the thorax. They are generally about 1½ to 2¼ inches long. At over 1½ inches in length, they are the largest cockroaches that can be found in the United States. Their egg capsules are a dark reddish to blackish brown color, and are about 3/8-1/2” long.

German cockroaches, on the other hand, are much smaller. They are typically ½ to 5/8 inches long, and are a dark brown color. They have two stripes that run from the head and down the thorax.

Where can you find German or American cockroaches?

American and German cockroaches also have different habitats. American cockroaches prefer warm, humid environments, and can often be found living in dark, damp areas. They particularly like to take up residence in storm drains, steam tunnels, and sewers. You are much less likely to find American cockroaches inside homes than German cockroaches. However, because they don’t like the cold, they may move into homes during colder months in search of warmer temperatures and human food. It’s not uncommon to find them living in attics and crawl spaces.

German cockroaches, on the other hand, love man-made structures. You can find them anywhere that humans construct heated structures or appliances. They are often found in kitchens, where they can hide in nooks and crannies in search of heat. They particularly like warm areas near appliance motors, like the spaces under and around refrigerators and dishwashers. They can often also be found in safe spaces behind and under cabinets, in counter edges, in empty areas around plumbing, and in any nooks and crannies, they can find in the kitchen.

What are the different risks they pose?

While German and American cockroaches look and behave differently, they pose many of the same risks. Cockroaches’ presence in homes can make people sick, and carry a number of risks. When cockroaches invade your home, they can create unpleasant odors, trigger allergies, and worsen asthma. Cockroach droppings and molted exoskeletons can cause allergic reactions and trigger asthma attacks. Cockroaches carry a lot of bacteria, which can contaminate food and cause a number of reactions in humans, including food poisoning, diarrhea, and staph infections. They can also carry diseases that infect humans. No matter the type of cockroach, it’s important to act fast to eradicate them from your home in order to protect yourself from the harm they might cause you or your family.

What can you do to eradicate cockroaches from your home?

Once you realize that you are experiencing a cockroach infestation—whether the American or German variety—it is most important to act quickly to eradicate the pests and invest in your home’s health. Depending on whether you are dealing with a German or American cockroach infestation, there are different tools that can be used to rid of the bugs. Removing cockroaches from homes is difficult, and requires fairly extensive knowledge of pest control techniques. It’s important to hire someone to help you if you want to eradicate pests in full. Termiguard has years of experience working to ensure that your home and family remain healthy and free from pests.