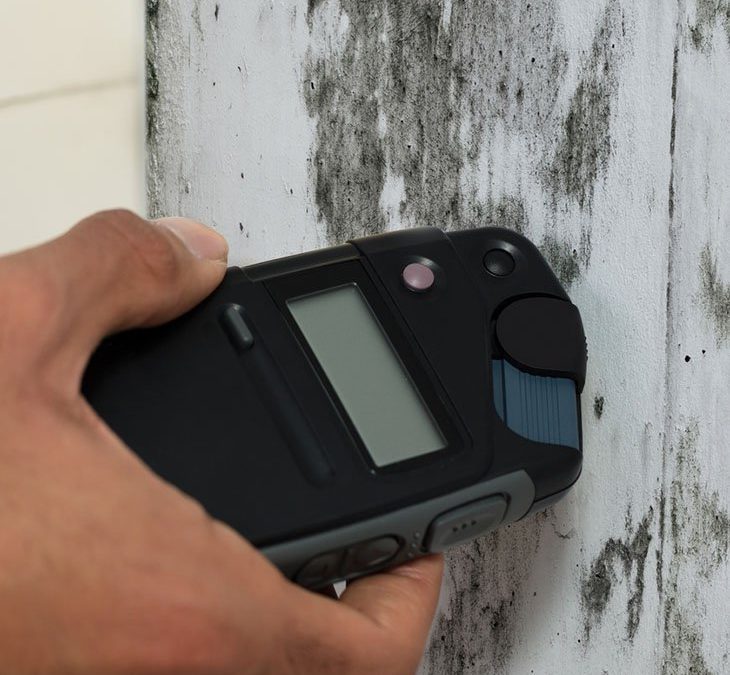 Because of third party liability – mold-related lawsuits have been on the rise between tenants and landlords.

Some landlords may feel they have less responsibility because they’re only renting out a home, apartment, or property.

Don’t you believe it!

In fact, when acting as a landlord, your responsibilities increase. Since it’s your property, and  mold isn’t beneficial to the structure of the home, apartment, or building – much less to the people occupying them – it seems like a no-brainer that landlords should want to address these issues as soon as they’re aired.

Who would risk a mold lawsuit in the first place?

As a landlord, wouldn’t you want to do everything possible to protect yourself and your tenants. Especially for something as nasty as mold complaints?

Why are some landlords covering up (literally painting or papering over) mold issues in their properties?

Could it be because:

See, that’s the thing – when you’re dealing with mold, it’s never, ever ‘no big deal!’  Research confirms people react to mold in many different ways… and, just because one person only experiences a mild reaction, it doesn’t mean the next person’s reaction will be the same.

and if you let it get out of hand, it can end up costing you an arm and a leg for:

And, that’s not to mention the health implications for your tenants.

Whatever the reasons for these mold complaint cover-ups, saying ‘it’s wrong’ would be a gross understatement.

Not too long ago I read a Times of Trenton article about members of a Hamilton family, who became ill from an alleged mold infestation cover up – and when I say ill, I mean really ill. In fact, it was so serious, the Mom was hospitalized several times, experienced temporary speech loss, couldn’t walk without help, and even suffered from ‘seizure-like’ episodes.

In the end, they had no choice but to abandon their rented home, leaving their furniture and possessions behind because they’d become mold-infested, too.

The family had just begun renting a home in Hamilton, New Jersey, and had quickly developed cold-like symptoms, which did not improve over time. The Mom only noticed mold growing in the basement for the first time, several months after they’d moved in.

Thanks to neighbors, she learned the basement had once been flooded with 4 feet of water – so, as a concerned Mom and renter, she phoned the landlord, who assured  her he’d already taken care of the problem.

But, as it turned out… the previous tenants left that same house after they too had become ill.

It seems the landlord had apparently begun his cycle of cover-ups well before the family described in the Times article moved in.

He claimed he’d ‘taken care’ of the evident mold problem, but all he’d allegedly done was to paint it over. Of course – paint will definitely take care of your mold problem – NOT!

The tenant asked mold inspection company inspect the house, and they determined the entire house – including rugs, floors, drywall, air ducts, and contents – was completely infested with mold!

Can you imagine how much all those mold remediation treatments and damage repairs would cost?

All because the landlord kept trying to cover-up the mold problem.

How could someone seem to be so under-handed and uncaring?

I’d like to think it might be just a lack of education, and that many landlords simply aren’t aware of the many health and non-health related issues having to do with mold.

It’s important to realize – tenants and homeowners alike – are often taken advantage of by the very people who are supposed to serve them. It’s a cold, hard truth.

As a landlord, I suggest you schedule extra time to check on your properties on a regular basis.

If for no other reason, because when you catch and fix a problem before it can become serious, you can avoid the heavy costs associated with letting things ride and getting progressively worse (like the Hamilton landlord – who’s probably wishing he’d done things differently).

And, remember – as a landlord, honesty is a darned good policy, especially with all the negative news coverage mold has been attracting recently.

While a lawyer might recommend including a clause in your rental agreements that makes a mold inspection (and its findings) the tenant’s responsibility, it may be wise instead to list (and even make available to any desirable tenant-prospect) the following:

Bottom line – It’s crazy to risk ruining your reputation by making the same mistake as the Hamilton landlord.

Take action right away and get things done right the first time. Contact us today.

You’ll be glad you did.