Signs of a Rodent Infestation 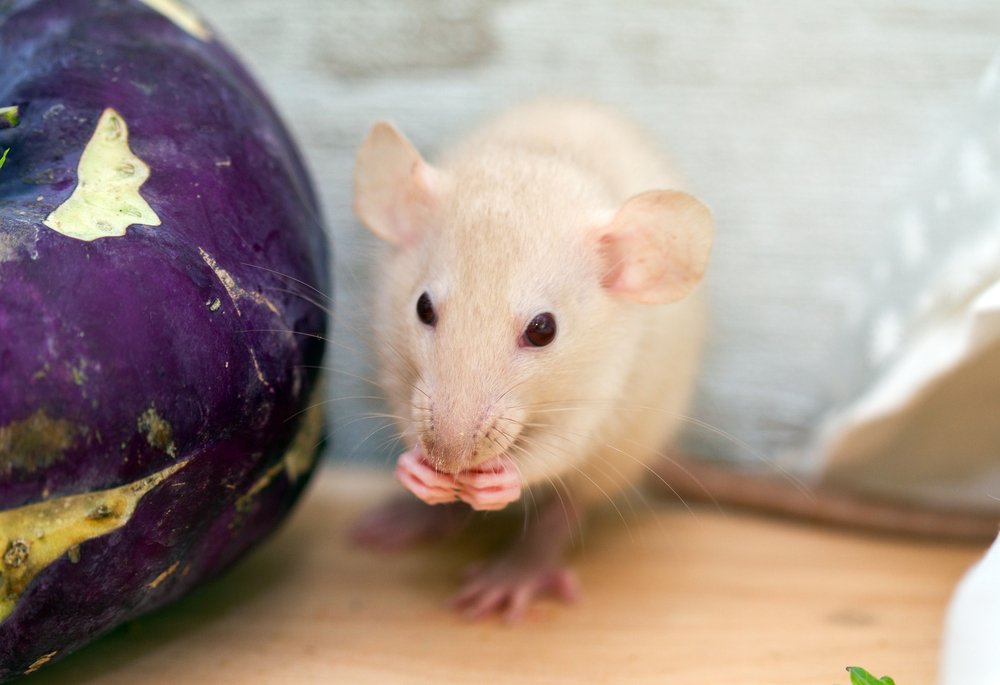 At the end of the day, rodents are just trying to survive like the rest of us. While human dwellings might make great places for rodents to thrive, a party of rodents in the walls and cupboards is hardly a party for the human inhabitants. Rodents infamously spread diseases like the Black Death and wreak havoc with their teeth as they chew through whatever they please. Nothing against rodents — the Earth needs them, after all — but we all live our best lives without them in our homes through thorough pest control plans. This article shares about the types of rodents that make their homes in yours, the risks they pose, and how to recognize an infestation.

The sounds in your walls can generally be traced back to two culprits: mice and rats. Though similar in many ways, the two species can differ in their behavior, feeding, and living preferences. Knowing these differences is important for identifying the pest in question as well as formulating a pest control solution.

In general, mice are smaller than rats, with many weighing less than 0.5 ounces. They have large, floppy ears and skinny snouts with long whiskers. As a species, they are especially curious, investigating new objects in their territory and notoriously sniffing out traps. Great climbers, mice frequently find their way into elevated spaces like attics. Their tiny size makes them nimble and able to fit into almost impossibly small holes. Mice are sociable, meaning they often live in groups and families. Below are the most common mice that find their way into homes:

Deer Mouse: Live in wooded areas, similar size to the House Mouse. Of special concern due to their reputation as common carriers of hantavirus (discussed below).

Despite a larger size than mice, rats approach life more cautiously. They will take more time to venture out to new spaces, investigate new objects, and approach food and traps. Still, rats’ size gives them stronger jaws, meaning they can potentially gnaw through more durable surfaces and break through tougher materials. Rats have notoriously bad eyesight, so they stick to a foraging territory and routine. While some rats can also climb, others more often dwell in the lower floors of a structure, especially basements. In terms of the health risks they present, rats are known to carry a wider array of pathogens dangerous to humans. Listed here are the most common house rats:

Roof Rat: Also known as the Black Rat. Generally smaller than Norway Rats, closer to 6-8” in length. Mostly black in color with lighter undersides. Named for they adept climbing abilities and proclivity for nesting in roofs and attics.

During the 14th century, rats responsible for the Black Death (a.k.a. Bubonic Plague) wiped out an unfathomable 30-60% of Europe’s population. The plague, which would forever alter the course of European history, arrived through the bacterium Y. pestis spread with fleas biting infected rats and spreading the disease to humans.

While the Black Death presents the preeminent example of rodent-transmitted disease, many others continue to pose risks to people in the 21st century. These diseases generally sort into those caused by bacteria and viruses. Bacteria are single-celled organisms that generate their own energy and reproduce themselves, while viruses are non-living agents that require living cells to replicate. Below are top diseases transmitted directly by rodents according to the Centers for Disease Control:

As with all diseases, some people are at higher risk of serious illness than others. While rodent-transmitted diseases affect much fewer people than in the past, this is largely due to rodent control efforts, meaning that uncontrolled infestations can pose serious risks.

Rodents’ teeth never stop growing and in order to keep their teeth from growing into their brains, rodents need to grind down their teeth through mashing and gnawing. As extremely resourceful animals, they use what they have–in your home, this means beams, insulation, pipes, and wiring. This can cause serious structural damage to crucial elements of a home. This has the potential for expensive fixes as well as long-term dents in heating and cooling efficiency if left unaddressed.

Gnawing through electrical wires and electronic appliances can also pose a serious fire risk. According to the Illinois Department of Public Health, rodents gnawing on electrical and gas lines likely causes 25% of fires attributed to unknown causes. This happens when rodents chewing through lines cause electric short circuits, resulting in sparks and transfer of electricity that can light nearby objects.

Finally, rodents aren’t just in your home for the room, they’re looking for the “board” as well. Their senses lead them to pantries and food storage areas, where they can consume and spoil near-unlimited amounts of food. Cleaning and sanitizing a kitchen after a rodent invasion can be laborious and replacing the food they have eaten or contaminated can add extra cost and frustration.

Seeing rodents themselves or their droppings is the most common and obvious sign of an infestation. While rats are more cautious, mice sometimes venture out into plain sight. More often than not, residents will hear rodents more than they see them. Mice are nocturnal and frequently scuttle through walls and floors as they go about their lives. In their hunt for food, rodents will invade cupboards and food storage areas, often gnawing through food packaging and leaving behind droppings or urine. Mouse and rat droppings are similar in size and shape to rice, but instead are brown or blackish.

Less obvious signs can include gnaw marks and nesting evidence. As mentioned, rodents need to gnaw to keep their teeth from growing too long, leaving behind teeth marks on wood, pipes, furniture, and whatever else they can get their teeth on. They also chew their way into spaces, so look for holes in walls that look like teeth were the tool of choice. Evidence of nesting, like crumpled up newspaper or insulation, also provides a sign that rodents are inhabiting the space. These materials can also include fabric, plant matter, and whatever else rodents might find to create a cozy home for themselves. Pregnant rodents have a special need for warm, safe nests, so finding one can mean there are more critters on the way.

Aside from the visible and audible signs of rodent infestation, smell can offer another clue of a potential problem. If you have smelled rodent urine and droppings before, the smell will be familiar and obvious. If not, the smell is sometimes described as “stale” and should lead one to the source nearby. Pets may pick up on the smell of rodents and their droppings and investigate, leading you to the source of the infestation. In general, it is good practice to investigate strange smells in a home or apartment given the other possible causes like mold and rot.

With respect and honesty, the trained professionals at TermiGuard work with each client to design a comprehensive and sustainable plan for pest control. Our services are designed not only to rid a home of its pests, but maintain that state with inspections and prevention measures. With a free initial consultation, we will assess the scope of the problem and provide recommendations for the solution. Our methods are safe for you, your family, your pets, and the environment, all while using 30% less pest control product. After the pest treatments, we work with you to ensure that your home is maximally protected from future infestations. This includes preventative measures, scheduled follow-up inspections, and unlimited callbacks.

At TermiGuard, we aim to provide clear and transparent services as competitive prices. We provide flexibility and customization for our clients with individually-formulated plans. Our staff provides timely, professional, and high-quality services to rid your home of the problem and prevent its return. Give us a call today for a FREE initial consultation.