What Kinds Of Ants Do You Find In South Jersey? 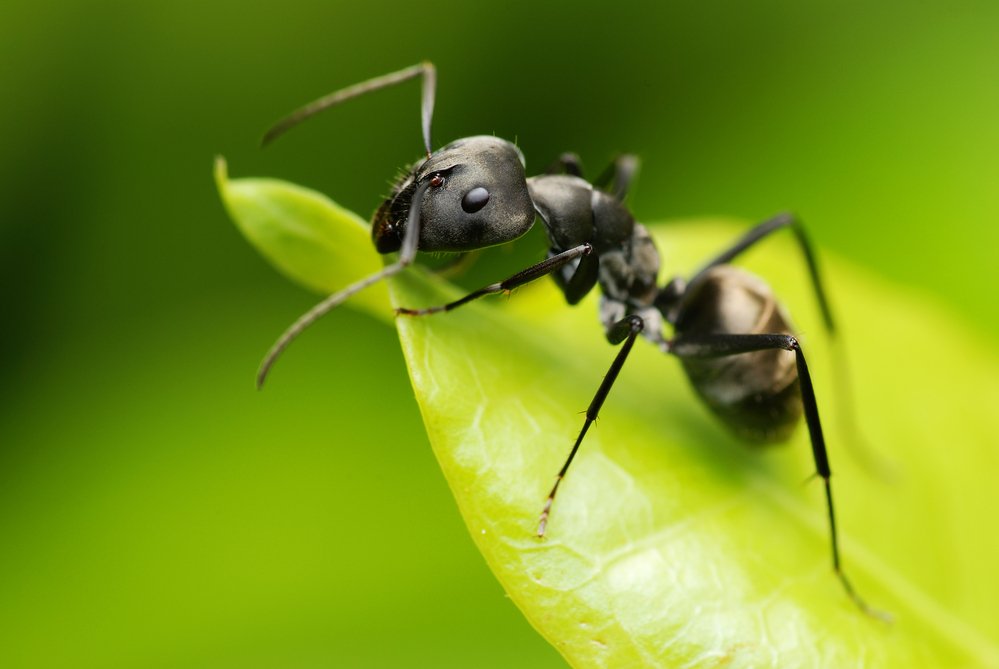 Attention South Jersey Home Owners: Do you have an ant control problem? If so, TermiGuard can help you eliminate it. One of the first steps to fixing your ant control problem is identifying it. Here’s how to tell what kind of ants you’re dealing with.

Color: Varies from black, brown & black, red & black, to light brown depending on the species.

These swarms often occur from satellite colonies within homes, so a homeowner may see large flying ants in their home at night.

Habits: Carpenter ants are the most common pest ant seen in homes throughout the United States. The main colony must have a constant source of moisture to survive.

Oftentimes, damage from carpenter ants can look a lot like termite damage. The biggest distinction is that carpenter ants don’t actually eat the wood, like termites do. When carpenter ants are digging into wood to create their tunnels, the walls of the tunnel look smooth, since the wood is not being chewed on for food.

Carpenter ants can most easily be seen along these trunk trails at night when the ants are most active.

Color: Ranges from black to dark brown to red and black. Acrobat ants are identifiable by the heart shape of their abdomen.

Behavior: When disturbed, the acrobat ant run about with their abdomens high above their heads. Like most ants, acrobat ants establish well-defined trails between the nest, food, and water source.

These trails are literally droppings from the ant that look like a wire, and these trails often lead into the walls of a building or house.

They feed on a wide variety of foods, but the workers are attracted to the sweet honeydew produced by aphids found feeding on many trees and plants. Fruit trees, roses, and many shrubs serve as hosts for aphids and may contribute to ant infestations in and around homes and other buildings.

Most infestations inside are the result of workers searching for food.

Most infestations of acrobat ants originate from outdoor nests; however, if moist or rotted wood exist, this ant will readily nest indoors.

Such nests are typically found around the perimeter.

Around your house, keep an eye out for water damage, broken insulation, and mold. Seeing these signs, coupled with trails of food and wood, can indicate an Acrobat Ant problem.

Fire Ant Appearance Size: There are many sizes of workers, ranging from 1/8-inch to almost 3/8-inch in length.

Behavior: Fire Ants are known for their distinct defensive behavior of stinging. Although the vast majority of stings result only in a raised welt, a person allergic to insect stings could experience serious reactions. Also, a person seldom receives just one sting. Rather, dozens or even hundreds of stings can be inflicted quickly on a person accidentally kneeling or standing next to or on a fire ant mound.

Fire Ants have a unique food source, compared to other types of ants. Not only do fire ants eat plants and seeds in the ground, but they groups of fire ants can also work together to kill and feed on small animals.

Habits: The red imported fire ant was brought into this country during the 1920s and has spread to cover most of the states. These ants nest in the soil and construct large mounds that are easily seen in lawns and farms. These mounds are most common around moist areas, so watch for fire ant mounds around areas that collect large amounts of water.

A single lawn may contain a dozen or more mounds. This ant will also locate nests within landscape mulch and beneath items on the ground. You typically won’t be able to immediately notice a fire ant mound unless you move around wood or timber.

Fire ants may construct mounds next to the foundation and enter homes through holes or other exterior cracks.

On occasion, the ants will bring soil up into walls or beneath first floor bathrooms and construct a nest.

Black Ant Appearance Size: Workers of this species measure about 1/8-inch in length.

Behavior: Black Ants are the most common type of ant, typically what we think of when we hear the word “ant”. Little black ants are usually seen around homes following defined trails between the nest and food and water sources. Most infestations inside are the result of workers searching for food.

On occasion, a colony or part of a colony may establish itself inside a wall, behind brick veneer or beneath the carpet by a doorway.

Habits: This NJ ant will take advantage of any suitable, moist space to locate its colony. They are commonly found in stumps, rotted logs, and fence posts and may be found in dead tree limbs far above the ground.

Nests are also commonly located within piles of lumber, rocks, and similar item.

Black ants are attracted to food sources in the kitchen, especially sweet items. When one ant finds a good source of food, they’ll release pheromones to attract other worker ants.

Behavior: Odorous house ants develop huge colonies containing thousands of workers and numerous queens. This species may be difficult to control and does not feed much on ant baits.

This species of ants is also hard to kill; they have been known to survive attacks and continue reproducing, feeding, and building tunnels.

The keys to control are to find the colonies and sub colonies and treat them. Regular inspections and service are necessary to find and treat new colonies as they move in from neighboring properties.

Odorous House Ants prefer sweet food and protein. Ants will often ravage for food and then bring food back to the colonies.

Habits: This species nests outdoors under items on the ground, within landscape mulch, on trees, under ground cover, in potted plants, and within firewood, lumber, or bricks.

Nests may readily be established inside homes, in walls, beneath carpeting, and other suitable spaces. Odorous House Ants are known for building extremely large, interconnected tunnel systems, combining multiple different nests. They are not afraid to move entire nests closer to good food sources, so it is essential to have Odorous House Ants treated swiftly, efficiently, and early.

Behavior: Moisture Ants are aptly named due to their attraction to moist environments. From water leaks to natural water collection areas, moisture ants are attracted to areas that provide constant moisture. Moisture ants invade homes from nests in the yard while searching for food. Occasionally, an outdoor colony will relocate inside in the house where a water leak is present. The ant often carries soil into the building which it uses to construct a nest. These nests resemble hard clods of soil and may be located around a water pipe or onto a wooden sill plate or wall stud.

Habits: This species most commonly nests in the soil of lawns and fields. Once inside, nests are typically established near water leaks. Moisture ants are essentially harmless, but can certainly be a nuisance. Similar to other types of ants, moisture ants are attracted to sweet food.

Behavior: Thief ants build their colonies close to those of other ants to steal that ant’s food and even capture and eat the other ant’s eggs and larvae. Thief ants do not tend to create their own trails and pathways, which is why they are called thief ants — they essentially steal from other ants. Colonies are usually small and are difficult to find. In homes, trails are often seen in bathrooms and kitchens and in and around windows where the ants can find moisture and food.

Habits: This ant will nest in just about any suitable location. Finding the nests is extremely difficult.

Thief ants prefer proteins and sweets, and they often come out in higher temperatures. They are extremely hard to catch because they are small and because they don’t dig their own tunnels.

Behavior: Pavement Ants are another species of ants that are very commonly seen. They get their name from the fact that they build their colonies under pavements, such as under sidewalks and under driveways. They tend to stay away from plants and moisture. The pavement ant is a small, brown to black ant with pale legs and a black abdomen.Pavement ants feed on a variety of materials, including live and dead insects, honeydew from aphids, meats, grease, etc.

They often enter houses looking for food. They may become numerous in a short period of time in a kitchen or outside on a patio.

Habits: Pavement ants are very common in the eastern United States. These small, brown to black ants usually nest under stones, concrete slabs, at the edge of pavements, and in houses in crevices in woodwork and masonry.

Pavement Ants tend to come out at night more than during the day. They also tend to enter houses through cracks around windows and doors and cracks in the foundation.

Behavior: Pharaoh ants are very small and feed on sweets such as sugar syrups, fruit juices, jellies, cakes and fruit pies as well as greases. Although Pharoah Ants feed on sweets, it is believed that they prefer fatty foods

Habits: Pharaoh ants don’t tend to create trails unless they have determined a solid, continued source of food.

Pharaoh ants look a lot like thief ants, but are slightly longer.