The Dangers of Bald-Faced Hornets 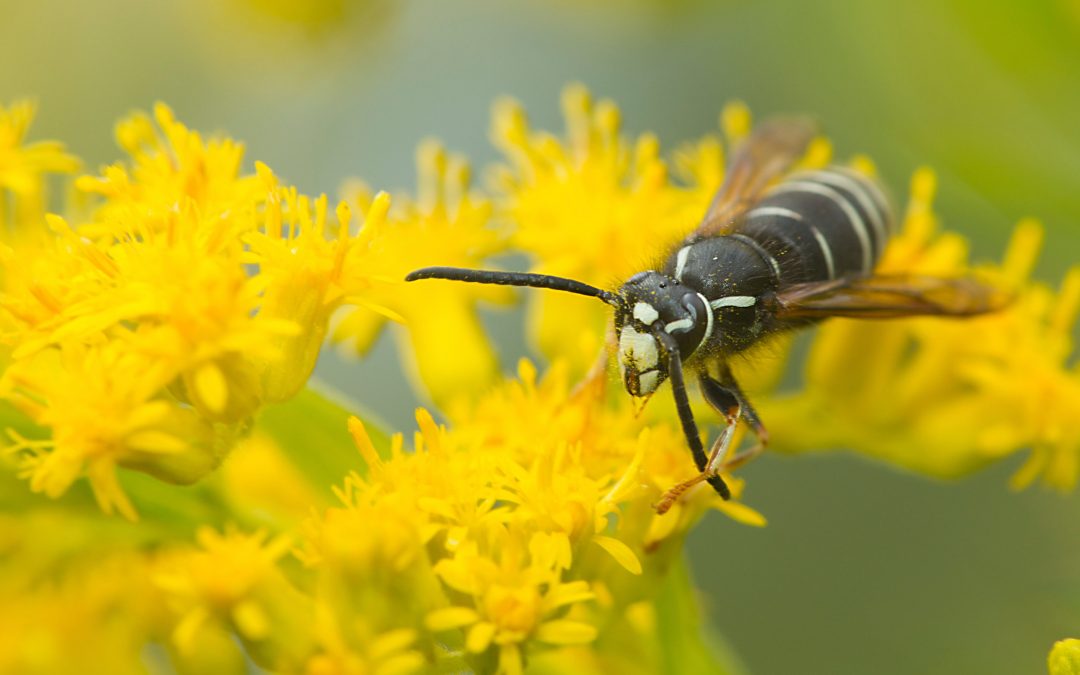 Everyone hates hornets and wasps – that’s a well-known fact. But there’s a certain type of hornet that even WE are wary of.: the Bald Faced Hornet.

It sounds rather silly, and something you can laugh at. Make no mistake – it’s not. These annoying insects can be absolutely terrifying. Now, the bald-faced hornet isn’t a true hornet, but it is a relative of the yellow jacket and other wasps. It gets its name from its mostly black body and mostly white face. Even though it isn’t classified in all technicality as a hornet, everyone calls it one because of its large size, and aggressive nature.

Do I Have an Infestation?

So how do you know if you have a bald-faced hornet infestation? Unfortunately, the answer is easy – and painful. You really only notice them when you’re stung. And worse, because of their smooth stingers, the bald-faced wasp can sting you multiple times without damage to its body. And their aggressive nature is unlike that of other wasps because they attack you if you get too close, whether or not you were truly threatening them.

Dangers of a Bald-Faced Hornet Sting

You may be wondering – so what, it’s a hornet! I’ll live through a little sting!

But actually, you might not. For one thing, the sting of the bald-faced hornet often causes allergic reactions, which can result in death. And even if you don’t end up in the ER or die, the sting is extremely painful. According to the Schmitt Pain Index, which rates the pain of a sting/bite from many different bugs on a scale from 0-4 (4 being like sticking your finger into a 240-volt electrical socket and 0 being nothing), the sting of the bald-faced hornet comes in at a 2. The Schmitt pain index says that getting stung by a bald-faced wasp is similar to getting your hand mashed in a revolving door. Yikes! It’s a sting painful enough that even exterminators like us aren’t happy when we hear we have a customer who has an infestation. Worse, the bald-faced hornet will often go for the face when they go to sting you!

So where can you find these creatures? Typically, they’re found along the west coast of the United States, The Rocky Mountain Areas, and throughout the eastern part of the United States. They can also be found in Canada. And since they like to build their nests in high up trees or shrubs, often the nest will be invisible until leaves fall, or trimming is done. These insects have also been known to build nests in hedges, on the sides of houses, underneath carports, inside barns, attics, and even the underside of sturdy patio furniture. And they become a danger when they get too close to a house, threatening the residents inside.

These insects become the most active when someone approaches their nest, or there is a loud noise nearby since they are sensitive to vibrations. This means you might be innocently mowing your law near a shrub bush, unaware that when you turn the corner you have a miniature hell awaiting you.

And you need to get rid of them. Not only do they pose a danger to you, but also to your household, and anyone walking nearby. And since they have a good memory for faces, even if you leave them alone and try to walk far away, they’re likely to follow you. There have even been cases where the hornets have avoided other targets as they passed, chasing after the intruder who disturbed their nest. We don’t know about you, but the idea that a hornet can remember our faces and then act like a homing missile is a little disconcerting.

Bald-faced hornets also like to eat bees – not exactly a good thing if you have a bee colony or need pollinating in your area (such as trying to grow a garden, fostering plant life, etc.). Because of their smooth bodies, bald-faced hornets can’t really pollinate, as the pollen doesn’t stick, and their favorite snack is the creature who can. It is said that each bald-faced hornet can kill forty bees in under a minute. That’s not good news for our fuzzy pollinators. And unfortunately, not many bees have found a way to fight back. The Japanese honey bee is the only type of bee that does, but because if they try to sting the hornet they’ll die, they’ve developed a different way of handling the problem. If a hornet comes towards their nest, they’ll surround it and start vibrating their wings, raising the temperature inside the hive, effectively cooking the intruding bald-faced hornet alive.

Bald faced hornets are attacked to light, and trash receptacles. If you have a bald faced hornet indoors, the best way to get rid of it is to turn off the lights and open a window that lets outside light in. And if you can’t find the light switch, or have no windows in your room….best of luck to you. Also, to prevent attracting the hornets, we recommend keeping trash cans closed and properly maintained, since the bald faced hornets are attracted by poorly maintained trash receptacles and spills. If you have any fruit trees or bushes that are constantly dropping fruit, make sure you clean up the fruit to prevent attracting the hornets with the sticky-sweet rotting fruit.

Getting Rid of Bald-Faced Hornets

You might be wondering – can I get rid of these annoying insects on my own? NO. No no no no no. The hornets are very aggressive and dangerous, as we mentioned before. An amateur should NOT attempt to get rid of a nest, or provoke it in any way. That’s basically a death sentence. You need to call a professional exterminator to come to get rid of the insects for you. Often, we’ll come and inspect the nest during the day, and then come to remove it at night, when most of the hornets are inside the hive, therefore making the removal much easier.

All and all, it’s important you don’t mess with the creatures. Better to call us so we can come handle it.