What You Need to Know About Mosquito-Borne Diseases 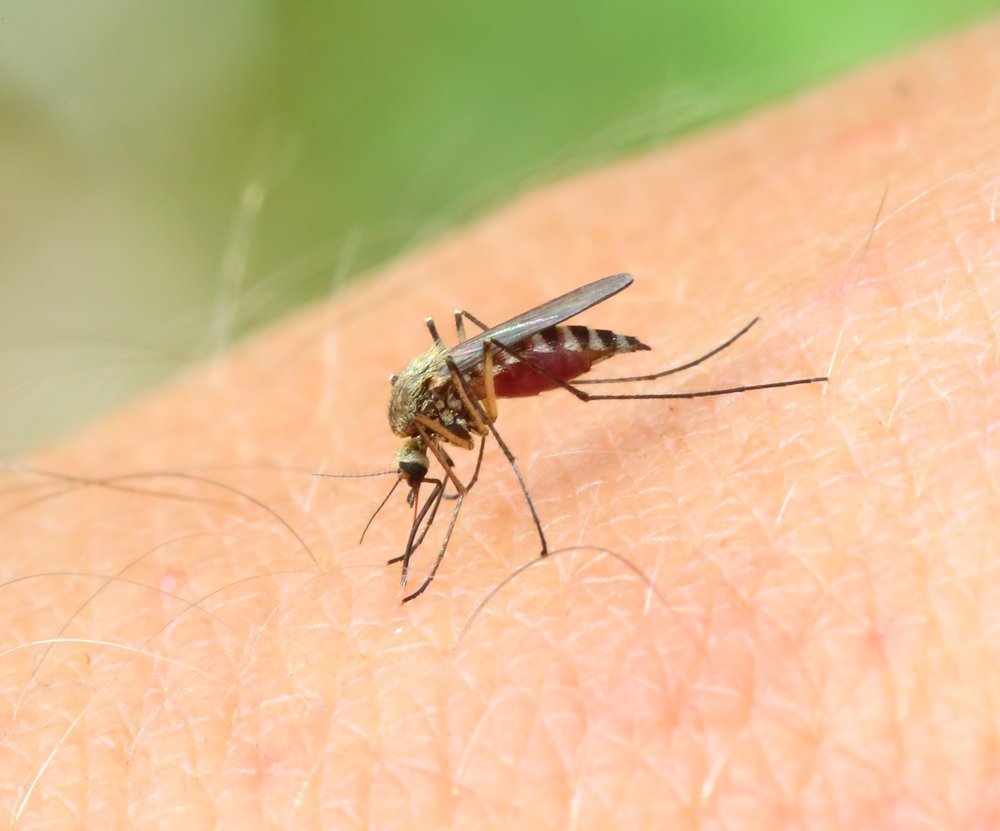 The biggest risk that mosquitoes pose to humans is the diseases they carry. Female mosquitoes carrying viruses transmit them to human hosts by biting into the skin.

Mosquito-borne diseases continue to be a threat to both humans and animals worldwide. Know the risks, learn how to protect yourself, where to find pest control help and what to do if you get sick.

You may have heard of some of the most common mosquito-borne diseases, namely malaria, Zika, and West Nile Virus. To better understand how these diseases are transmitted, where they originate, their effects on infected hosts, medical treatment, vaccines, and how to protect yourself, we will cover the six of the most common mosquito-borne diseases in humans.

You may have first heard of Zika virus in 2015-2016 when large outbreaks occurred in Brazil, and then spread to other regions of South and North America. By 2017, the number of Zika virus cases began to decline and since 2019, there have been 0 reported cases in the United States. Zika is spread by mosquitoes of the Aedes species. It can also be spread by sexual transmission or from a pregnant woman to her fetus. Pregnant women infected with Zika may pass it on to the fetus and cause a birth defect in the baby, such as microcephaly or severe fetal brain damage. There is currently no vaccine or medical treatment available for Zika virus.

Zika symptoms are usually mild, and many infected patients have no symptoms at all. The greatest risk is birth defects. Zika can be confirmed by a blood or urine test.

West Nile Virus (WNV) is the leading mosquito-borne disease in the United States. WNV is spread by the bite of an infected mosquito. Culex mosquitoes are the primary global transmitter of West Nile Virus. Fortunately, WNV usually results in a mild infection. Only 1 out or 5 people with WNV develop a fever, headache, or other symptoms, and only 1 out of 150 develop a serious or life-threatening illness. In rare cases, WNV can cause a serious illness called encephalitis (inflammation of the brain). During mosquito season, you can protect yourself by covering up with long-sleeve shirts and long pants and using bug repellant sprays that ward off mosquitoes.

Chikungunya is a viral illness caused by the chikungunya virus (CHIKV) transmitted by infected mosquitoes. CHIKV is most commonly found in Africa, Asia, and India. The first identified outbreak of Chikungunya was in Tanzania in 1952. CHIKV infection, while rare in the U.S., usually results in symptoms such as severe joint pain, fever, and headache. The virus is rarely life-threatening; symptoms often fade within days. However, 1 in 5 CHIKV patients report joint pain lasting for months after the initial infection has passed. There is no vaccine or antiviral treatment for chikungunya. As with all mosquito-borne viral infections, you can protect yourself by using DEET repellant, wearing long sleeves and long pants, and avoiding travel to areas experiencing outbreaks.

Dengue is one of the most well-known mosquito-borne viruses. Dengue virus (DENV) is the cause of Dengue fever, an illness similar to a serious case of the flu. It is transmitted by the bite of infected Aedes mosquitoes in tropical or subtropical areas. Dengue circulates mostly around the regions of South and Central America, in tropical regions of Brazil, Colombia, Peru, Nicaragua, and Paraguay. High transmission rates occur during the rainy season as mosquitoes thrive in standing water (ie. puddles, water tanks, and containers). In some cases, Dengue is asymptomatic. Others will develop flu-like symptoms such as a high fever, muscle, and joint pain. Dengue is fatal in less than 1% of cases. However, it must be treated as soon as infection is detected. If symptoms are not treated, the risk of mortality rises to 20-50%.

The first vaccine for Dengue fever was approved in 2019. Dengvaxia® is a licensed vaccine approved for 9-45 year olds and is recommended only for individuals with a prior dengue infection.

Malaria is one of the most common mosquito-borne diseases deriving from a parasite. Transmission is most common in Sub-Saharan Africa and South Asia. Common symptoms include fever, chills, body aches, headaches, fatigue, nausea, vomiting, abdominal pain, and diarrhea. It may also cause anemia and jaundice (yellow coloring of the skin and eyes). In 2018, there were 219 million cases of malaria reported worldwide. In 2019, 94% of malaria cases were in the African continent. Malaria is transmitted by Anopheles mosquitoes, of which there are more than 400 different species. The first reported case of the malaria parasite was in Algeria in 1880. Since then, medical experts have developed effective antimalarial drugs to prevent infection. Travelers to sub-Saharan Africa are advised to take antimalarial prescription drugs prior to visiting. Malaria is a serious disease with a high fatality rate.

Yellow fever is a virus most prevalent in tropical and subtropical regions of sub-Saharan Africa and South America. Yellow fever is an acute, viral, haemorrhagic disease that is usually short-lived. It is transmitted primarily by Aedes and Haemagogus mosquitoes. Mild cases may cause flu-like symptoms like fever, headache, vomiting, and nausea, while more serious cases can result in kidney, liver and heart damage. While there is no specific treatment for yellow fever, there is a single-dose vaccine available that provides life-long protection for most people. The vaccine is recommended for travelers to countries with high levels of yellow fever transmission.

Humans aren’t the only ones vulnerable to mosquito-borne diseases. Many animals are also at risk, including domestic dogs and cats. Dogs and cats can also fall ill from common mosquito-borne viruses like West Nile Virus. However, the most common virus for household pets is heartworm. Horse owners should also be aware of mosquito-borne viruses that can affect their horses like Eastern Equine Encephalitis (EEE) and Western Equine Encephalitis (WEE) which can be deadly, in addition to West Nile Virus.

Heartworm is a parasitic roundworm spread through the bites of mosquitoes. Heartworm is a serious and sometimes deadly disease. Heartworms rarely affect people, but are a threat to dogs, cats, ferrets, and some other mammals. The worms associated with the parasite live in the heart, lungs, or blood vessels and cause severe organ damage as they grow over time. Heartworm is more common in dogs than in cats, and is easier to detect in dogs as they tend to have adult heartworms. Stray animals may be carriers of heartworm. Heartworm disease is not contagious and cannot spread between pets or from animals to humans.

Eastern equine encephalitis (EEE) and Western equine encephalitis (WEE) is a rare mosquito-borne disease that mostly affects equine species (horses, zebras, mules, and donkeys) in addition to birds and rodents. WEE cases have been recorded primarily in the Western United States while cases of EEE have been found across North and South America. The virus is not contagious and can only be transmitted by mosquito bites. However, EEE and WEE are zoonotic, meaning that humans can also catch the disease. EEE is extremely fatal and virulent, killing 90% of infected horses within just a few days. WEE has a mortality rate of about 50% in infected horses. Fortunately, there are highly-effective vaccinations available to protect horses against disease. Horse owners can protect their horses by vaccinating them and taking measures to reduce the mosquito population in the immediate area.

Mosquitoes pose a risk to you, your family, and your pets’ health. Our TG Plus Vector Plan is the easiest and most effective way of keeping the mosquito population around your home in check.