Why are Fire Ants So Hard to Control? 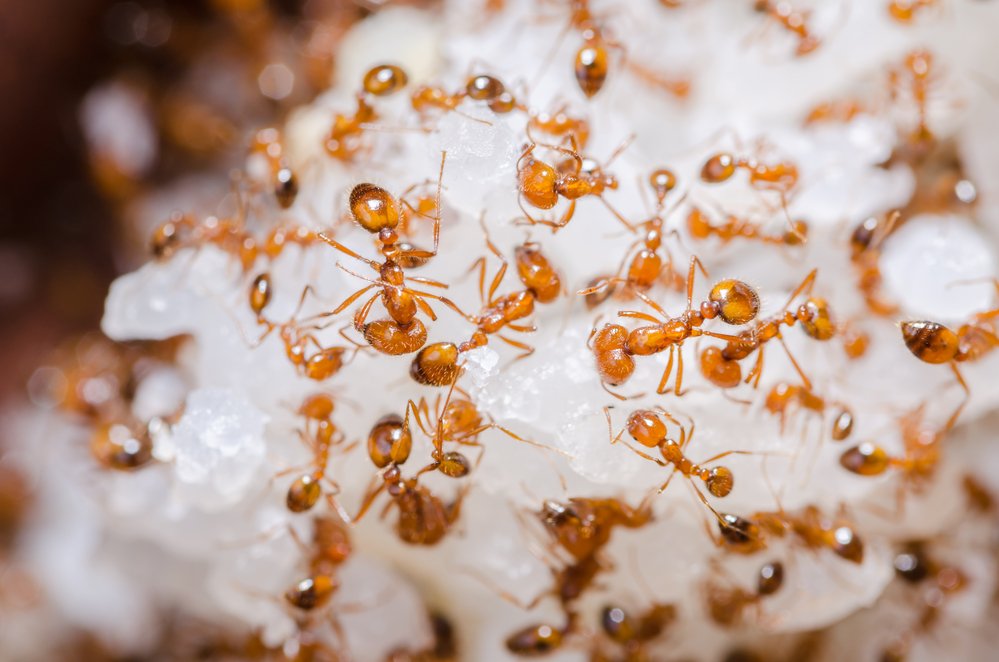 In this article, we have outlined some of the major reasons why DIY projects to get rid of fire ant colonies may not be working.

Ant colonies have one quality that many of us want – they are extremely tenacious. In order to properly kill an entire ant colony, you must kill every single ant within that colony. That means killing the queen, but also all of the worker ants. While that may seem like a relatively easy task of completely spraying the area around an ant colony, it is near impossible to reach all of the worker ants. If any of the ants survive, in whatever way, they will just move their colony somewhere else. That new location will probably still be near your house since they won’t go very far, so you will continue to have this problem.

The reason that #1 may not work for you may be because ants are very mobile creatures. They often spend most of their time out and about, not within their colony. That means that when you spray the colony, there is a very large concentration of the colony of ants that you can attack, but you will not be able to get all of them because some of the worker ants are not residing within the colony.

Consider that you spray a colony, and the ants seem to have disappeared. But, a few minutes go by and you notice that there is a fire ant walking on the sidewalk a few feet from the original spot of the colony. You squash that ant, and you go about your day. A few hours later, you notice that there is another fire ant walking around. What happened here is that killing the physical location of the colony did not kill all of the ants within that colony; there are still other ants from that colony that are walking around, which means that ants can continue to form another colony. The goal of killing a colony is to kill all of the ants.

Going back to ants being tenacious, we also see that ants are intentional. Ants intentionally build colonies in hard-to-find places that are difficult to attack. This method is obvious, but it is because they want to protect their colony and their queen. If an ant colony was easy to find and destroy, then they would have a hard time surviving.

#4: Structure of the Colony

Ants are known to have colonies with lots of tunnels for them to crawl through. Fire ants, though, are special because they have even larger and more complicated tunnels in the structure of their colony. Fire ant colonies can span several feet underground, with sprawling and complicated tunnels. This extremely large structure is because fire ants can have tens of thousands of fire ants within one colony – that is a lot of ants to kill. Finding and digging through to reach every single tunnel is near impossible, and quite dangerous. Fire ants can sting you, so be careful.

There are a lot of DIY solutions out there that your local home improvement store may sell. These solutions may include baiting and drenching. Baiting may include killing the queen while drenching aims to kill more of the worker fire ants. There are also some non-chemical solutions, such as vinegar. The problem with these solutions is that they are unproven and ineffective; they are also very temporary. Looking back at #1 and #2, fire ants are very hard to find and kill with this method, as it requires you to be able to attack all of the individual fire ants. To use the chemicals and methods that work, you need a license.

As we have seen earlier, DIY techniques to kill fire ants aims to do just that – kill the fire ants. However, what this method fails to consider is that you can’t kill nature. Even if you kill the existing ants and the existing colony, you have failed to address the environment that allowed these fire ants to proliferate. So, you have to create an environment that is inhospitable to the ants, so they won’t come back.

That’s why the experts have your back! We at Termiguard are experts at completely getting rid of fire ants from your home. We practice Integrated Pest management and set up a recurring, long-term control program that will ensure that you are never bothered by fire ants in your home again.